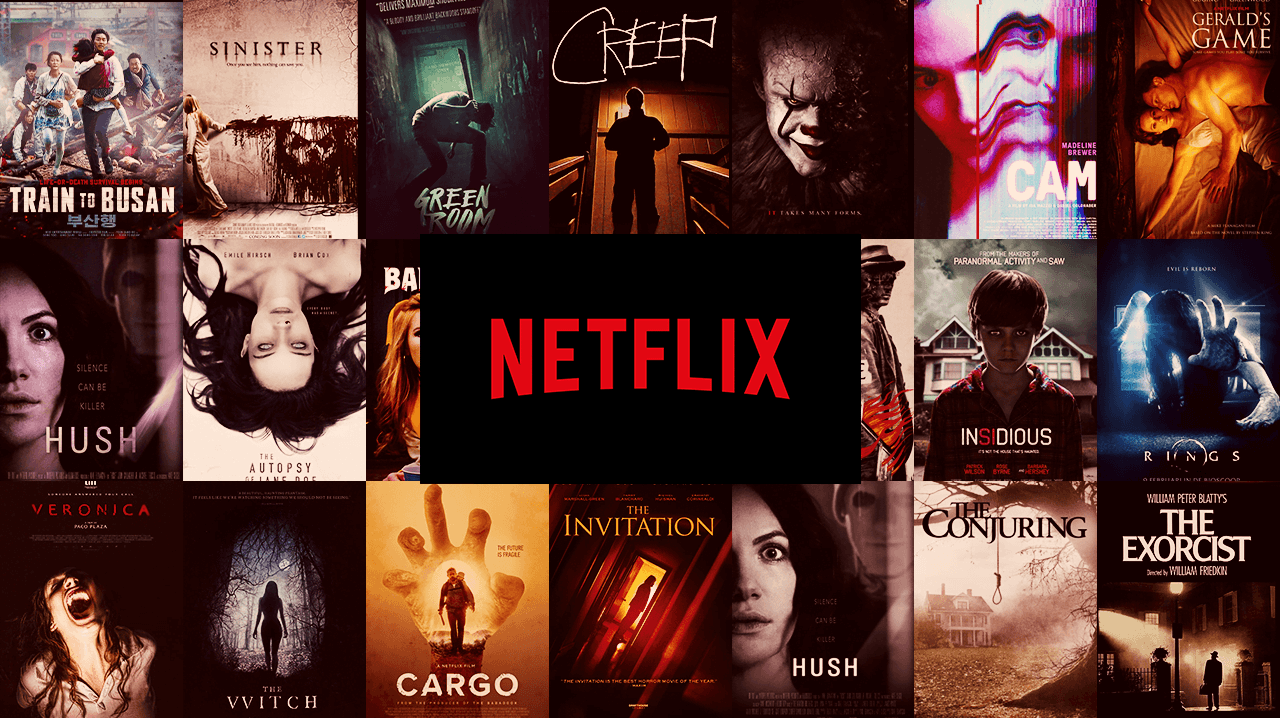 For most of us watching a horror movie is a way to face our phobias & fears head-on. As improbable as it may seem, a horror movie could take you on an adrenaline-pumping ride. If you’re someone, who loves to watch horror movies we have compiled this list of the best horror movies on Netflix for you.

Most people are fascinated by horror movies due to the unrealism that these movies have. For them, it’s just pure entertainment and a great time, all the fright & terror will only last till the movie. Once the movie is over, their world will be back to normal & they would be out of fight & flight response too.

However, finding good horror movies on Netflix is quite a challenge these days. Well, hold your horses, we have found you the creepiest, most unearthly, & eerie horror blockbusters available on Netflix. The atrocities & horror depicted in these movies will make your skin crawl. You’d love this list if you’re a true horror movie freak, without further ado, let’s get started.

Short on time? have a look at these 5 best horror movies- editor’s choice.

Yet again an amazing psychological thriller that’s aired on Netflix. Dr. Murphy, a famous cardiovascular surgeon has a picture-perfect family. Martin, a teenager, grows awkwardly close to the family in the span of a few months. This is where the trouble begins. Dr. Murphy’s family bliss is gradually destroyed. Watch the movie to know the reason why? The star cast includes Colin Farrel, Nicole Kidman, & Barry Keoghan

The Clovehitch Killer is a mystery thriller starring Dylan McDermott. The other star cast includes Charlie Plummer, Madisen Beaty, & Samantha Mathis. The story revolves around a picture-perfect family. The young guy who loves his parents finds out his dad’s hidden secret. He started suspecting his dad for the murder of 13 young girls 10 years ago. The suspicion tore the family apart. The movie is inspired by the real-life serial killer Dennis Radar.

The movie was released in 2017, starring Thomas Jane, Neal McDonough, and Molly Parker. 1922 is filmed as a story told in flashbacks. The plot revolves around a farmer “Wilf”. He conspired to murder his wife for financial benefits and somehow managed to convince his son to help him in the deed. Although the psychological thriller isn’t based on a true story, it is inspired by true events.

A group of professional soldiers plans out the biggest heist after the outbreak of Zombie infection in Las Vegas. In an effort to retrieve $200 million, the group had an encounter with a herd of intelligent zombies known as “Alpha”. The mercenaries also came across a zombie tiger. Star cast includes Dave Bautista, Ella Purnell, & Tig Nautaro

A stone-deaf writer who has moved to a secluded area started receiving her photographs of moments ago. That’s when she discovered a masked man stalking her from outside her house. The movie covers her struggles and fights for her life. Kate Seigel, John Gallagher Jr., Samantha Sloyan played the main characters. 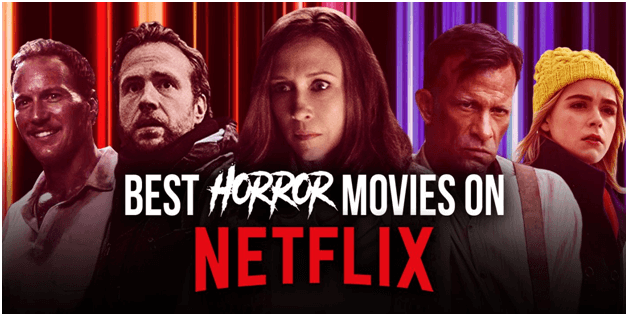 If you’re wondering which horror movie you should watch today on Netflix, go through this list, and find the one that would entertain you the most.

The Silence was released in 2019 and the star cast includes Stanley Tucci, Miranda Otto, & Kiernan Shipka. The movie entails the story of a teenage girl who lost her hearing ability at the age of 13. The girl and her family moved to a remote place during an attack on the world by a deadly creature.

However, the family ends up finding a cult where the people want to misuse the girl’s heightened senses.

A team of researchers went to discover the fictional town of Shookum hills. The town disappeared in 1970 into a sinkhole. The town also took its 1,000 residents to earth with it.

Soon after reaching the town, the team realized that there are underground monsters in the debris of what once were Shookum hills. The research tour is soon turned in to fight for survival from an unseen creature.

This paranormal horror movie is based on a true story. The story revolves around a priest who is an experienced exorcist and a young guy Peter. Both of them performed an exorcism on a teenaged guy, who had killed all his family members. As the story uncovers, the border between good & evil disappears and their own demons appear.

Eli is the story of a young guy, suffering from an unusual immune disease. His family took him to Dr. Isabella’a secluded medical facility which is a large house. The boy gets trapped in that haunted house. The movie has some truly terrifying scenes where Eli encounters the supernatural entities.

In the repercussions of a deadly nuclear disaster, a couple got an ideal offer from “Mathias”( a rich creep) who promised free meals & relaxation to all his guests. However, the whole invitation turned out to be a sinister game. The couple lost their daughter and struggled throughout the movie to find “Alice” their daughter.

The story is about the future, where prisoners are kept in a vertical tower. They are fed with the help of a platform, which is served at the top level and then gradually descends with the leftovers to the lower levels. The people at the lowest level usually starve.

The system leads to resentment, hatred, and conflicts because the upper-level residents could eat as much as they can. However, the circumstances for the lower-level inmates were unacceptable.

The Ritual is a story of 4 college friends who met after the death of one of their beloved pals and started hiking through the Scandinavian wilderness. They took a wrong turn and ended up in a mysterious forest. An unseen evil awaits them and scares them at every turn.

The Spanish movie covers the aftermath of a young boy’s strange and sudden death by drowning in the pool. His father daniel hears muffled ghostly requests for help. The family started experiencing strange occurrences soon after shifting to a new house.

Alive is all about a rapidly spreading zombie infection in a city. The South Korean movie is no doubt dead-scary. The movie revolves around the guy who finds out about the infection while playing his live video games. Joon woo was the only person alive after the infection spread.

A refugee couple from Sudan seeks asylum in England. The couple happily started their life in a house and soon find out that the house is haunted. The wife wanted to leave and go back to Sudan but the husband remained adamant to stay because of all the struggles & misfortunes they had witnessed back in their country.

A young woman moves to Los Angeles and finds out an apparently perfect apartment to live in. Soon she finds out that she is stuck in a cult and there are punishments for breaking the rules. The cult wants Sarah to accept their laws & rituals & become a member wholeheartedly.

Thomas Richardson, upon reaching home finds out that his sister has been taken and held captive by a religious cult. He became determined to get his sister back. As he penetrates the island, he finds out hidden secrets of the cult & uncovers the motive behind them which is more evil than he had imagined.

The people on earth are all dead because of a strange apocalypse. Only a few survivors are left. Two families share a house and strange occurrences start happening to them. The families barricaded themselves up in the woods to avoid the deadly infections but get caught by their inner evil instead.

The Spanish horror movie is about a young girl who tried to contact her father’s spirit during a solar eclipse but ended up getting possessed by an unseen evil demon. At one point she tried to slit her own throat in an attempt to end the possession but the demon prevented her.

The movie is about a girl who live-streams from her room.  She started doing good until her doppelganger hijacks her account and start streaming in her place. Alice, the cam girl, somehow manages to trick her clone and takes her password back, deleting the doppelganger’s account. But Alice’s lookalike was not done there. She created a new profile with a new look and start the game all over again.

The story is about a young girl who is apparently left behind after a global catastrophe. Initially, the girl appears to be the one affected by a mysterious demon but eventually as the story uncovers, her parents find out the truth. Give it a watch guys to end the suspense.

This is a story about a woman and her children, who are on a dangerous trip through the woods, crossing the river blindfolded. All three of them are blindfolded to avoid the encounter of an unknown, mysterious creature. The unseen beings will force you to die as soon as you come across them.

A woman Jessie and her husband Gerald went to the secluded lake house to relive their romantic moments together. Jessie accidentally kills her husband while her hands tied up to the bedposts.  Once Gerald is dead, Jessie started hearing strange voices and experiencing bizarre happenings.

Tau is a sci-fi horror movie, in which a girl Julia is held captive by a sociopathic person Alex. He uses Julia’s Neural activity for an AI project. Tau is the advanced artificial intelligence that is not letting Julia flee from the house to save her life.

The invitation is a psychological thriller, in which a man named Logan Marshall-Green, started suspecting his ex-wife & her husband. Logan was invited to her ex-wife’s house for a dinner party and that’s when he suspected their evil plans for the guests.

Other Horror Movies On Netflix That You Shouldn’t Miss 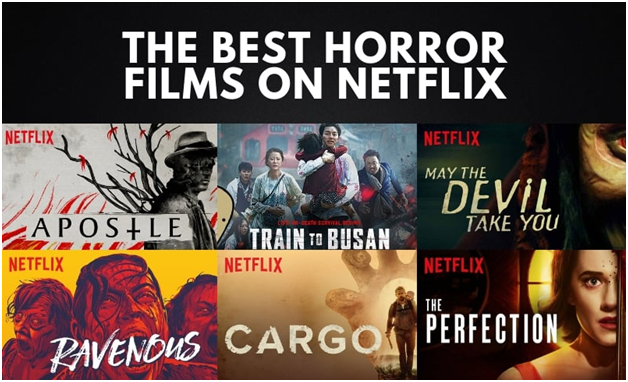 Here’s the list of some other horror movies on Netflix that you should not miss.