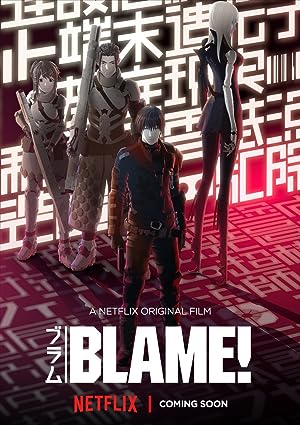 In the distant future, humans are declared “illegal residents” and hunted to near extinction by murderous robots. One day, a group of human scavengers come across a strange man named Killy, who may be the key to humanity’s survival.