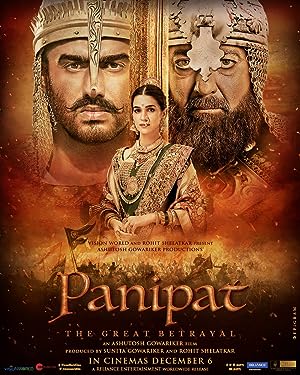 The film is based on the third battle of Panipat which took place on the 14 of January in 1761 between the Marathas and the King of Afghanistan, Ahmad Shah Abdali.