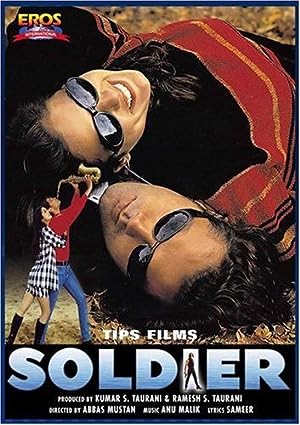 The story follows a young man (Bobby Deol) who flees India and arrives in Australia seeking vengence for something that started in India. In Australia, he meets and falls in love with the daughter of a rich and powerful man(Suresh Oberoi). The story keeps the covers on Bobby Deol’s plan until the end when everything is revealed as to why he is a SOLDIER.