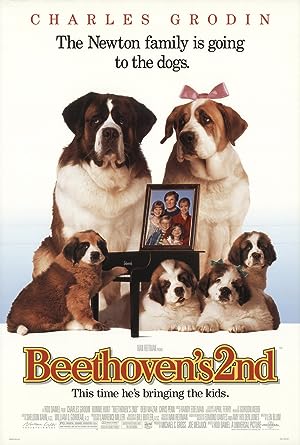 Beethoven, the St. Bernard dog, becomes a father, but his girlfriend Missy is dognapped, and his puppies are in danger of the same fate.