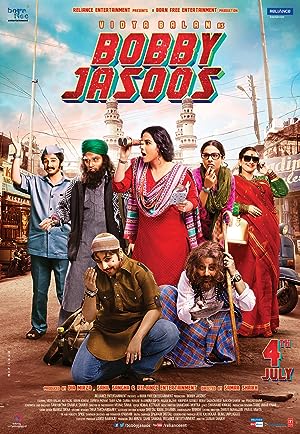 Bobby Jasoos starring Vidya Balan, is a film that celebrates the aspiration of Bobby, who wants to become the number one detective in the old city area of Hyderabad. The film is directed by Samar Shaikh, produced by Dia Mirza and Sahil Sangha under their banner Born Free Entertainment and is presented by Reliance Entertainment. Bobby Jasoos releases on July 4th,2014.