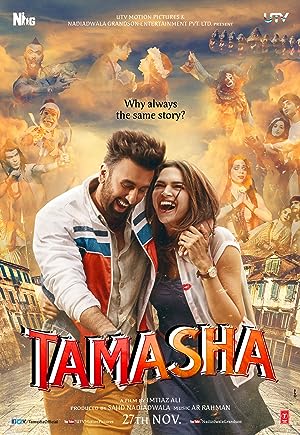 Tamasha is about the journey of someone who has lost his edge in trying to follow acceptable conventions of society. The film is based on the central theme of abrasion and loss of self that happens in an attempt to find oneself.