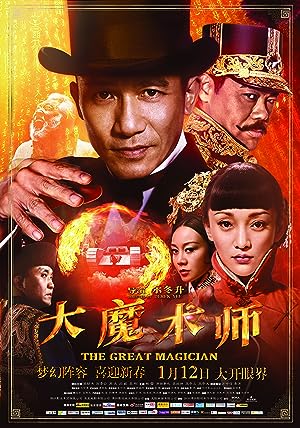 In the years after the Revolution that overthrew the Qing Dynasty in China and established the republic, China broke up into fiefdoms held by warlords, who are busy fighting each other. A lieutenant is using magic to scare convicts into joining a warlord’s army. His warlord has imprisoned a girl and wants her to be his seventh wife, but he’s too honorable to force her. The local revolutionaries want to kill the warlord and bring back the republic. The lieutenant is secretly a member of the Qing Dynasty Remnant and wants to bring back the Empire. The local Japanese businessman is actually trying to take over with help of the local Blackhawk gang. Into this chaos, a stranger returns from abroad with mastery of magic and is back to recover the girl he loved (daughter of his master/teacher). Who is tricking whom and who will win at the end?