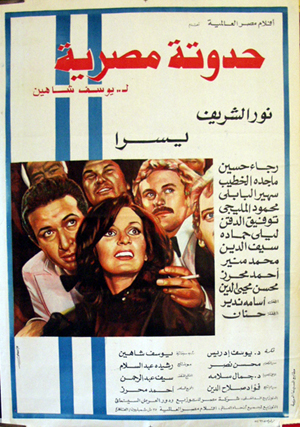 In the middle of his own heart surgery, an Egyptian filmmaker remembers his life. In fact, his old self, as a child, is accused of attempted murder of his new self. Through the metaphoric trial, we are drawn into his life in relation with the Egyptian revolution, his constant need for success, and the effect the American Dream has on him.