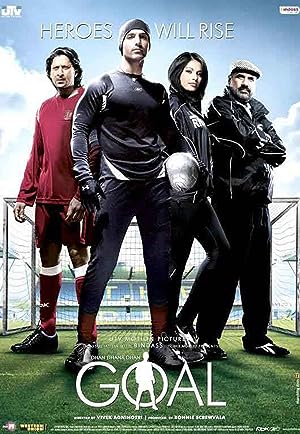 Jaidev and Kavita Bhasin live a middle-classed lifestyle in Southall, England, along with their son, Sunny. During the mid-80s Jaidev was a huge fan of the all-Asian Southall Football Club, and their team was very successful so much so that it generated hatred from opposing mainstream Caucasian teams, who attacked Jaidev and the team’s star player, Tony Singh. This spelled the end of the team, and the ground was then rented out for weddings and birthday parties. Jaidev wanted Sunny to play for Southall, but Sunny believed himself to be British and joined the Aston Football Club. When the time came for selection, Sunny, often referred to as ‘Paki’, was sidelined. Embittered, he joined the Southall Club, and he, and the Captain Shaan Ali Khan, as well as Coach Tony Singh, steered the team to many victories including a place in the semi-finals. Just before the Southall team was to play against Gatwick, they get the news that Sunny has flip-flopped again – this time he has switched to another more prestigious Club in exchange for a fancy sports car, a 4 bedroom mansion, a handsome signing amount, and an equally generous weekly allowance – leaving Southall to turn it’s ground over to the Chair of the City Council who wants to demolish it, and build a shopping mall and theme park in it’s place.