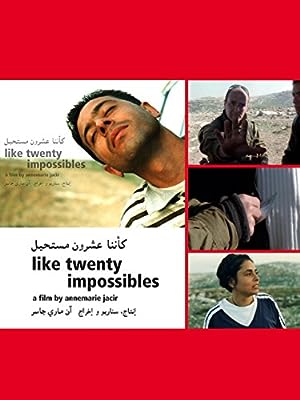 Occupied Palestine: A serene landscape now pockmarked by military checkpoints. When a Palestinian film crew decides to avert a closed checkpoint by taking a remote side road, the political landscape unravels, and the passengers are slowly taken apart by the mundane brutality of military occupation. Both a visual poem and a narrative about the fragmentation of a people, “like twenty impossibles”, also questions the politics of filmmaking and the opportunism of artists.