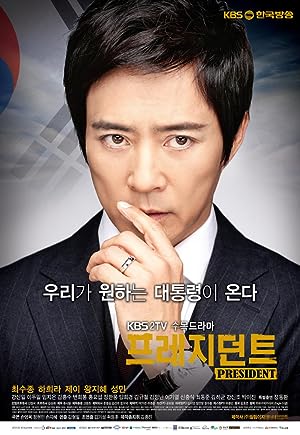 Three months before the presidential nominating convention, Jang Il Joon, from the New Wave Party, declared his candidacy. On that same day, a woman died in a gas explosion in Sam Chuk. Yoo Min Ki, a documentary producer, heard of his mother’s sudden death and headed back home. As he cast his mother’s ashes in the sea, he thought of his childhood: his father always blurted out that Min Ki was not his son whenever he was drunk. After the funeral, Min Ki returned to Seoul and Jang Il Joon asked Min Ki to work as a PR agent to record the election campaign process. When Min Ki asked Il Joon why he was chosen, Il Joon confessed that Min Ki was his son. Min Ki soon begins to suspect that his mother’s death was not an accident and that Il Joon had actually killed her.